On the territory of present-day Poland, between the Oder and Vistula rivers, a western Slavic tribe, the Pomeranians, lived in the fifth century. Based in Krakow, the Popiel brand aims to bring back the diverse object culture of our region’s ancestors into contemporary design and interior decoration, using their archaeological heritage as a starting point. All in perfect harmony with nature and technology: 3D printed from degradable materials. We interviewed the head of the art studio, Justyna Gorowska!

In addition to Popiel, you are also a practicing artist. Tell us a bit about your artistic background!

I am an interdisciplinary artist searching for identity in a time of climate disaster. I create performances, art and educational campaigns using the latest technologies (3D, AR, VR). Since 2019 I have also been working as a lecturer at the Department of Intermedia at the Academy of Fine Arts in Krakow. My values resonate very strongly in my work: for example, over the last four years, I have been implementing projects in the form of my alter ego Wetmewild, a Slavic nymph who has become a kind of guide on issues related to water pollution.

Popiel is aiming to establish a new chapter of the Pomeranian culture. What has caught your attention about this ancient Slavic story? Why did you decide to start a design project this time, rather than an art project?

My fascination with the Pomeranian culture appeared when I was carrying out my doctoral thesis, which was presented at the exhibition at the City Gallery in Poznań (Poland). In my diploma work, I focused on the Slavic bestiary, in particular the myths about aquatic nymphs and how this topic can become relevant in times of global climate crisis. It was then that I started working with the Archaeological Museum, which provided me with face urns for 3D scanning. These objects proved to be very popular, partly because for those of us who live in the former Pomeranian territories today, this ancient culture is very little known. That’s why I came up with the idea of creating a design brand that goes beyond the elite fine art community so as to be able to share our heritage with a wider audience.

What was the most interesting discovery you made during your research?

At school, I learned about ancient Greece and Egypt, while the antiquity of central Europe was not mentioned. I know more about the prehistory of the Mediterranean than where I come from and live. Meanwhile, the face urns from the Pomeranian culture are a worldwide phenomenon: the dead were buried in urns that portrayed them. I was extremely struck by how much I could learn from the engravings and ornaments placed on the vases themselves. The carvings refer to jewelry and clothing of that time, among other things, but they also depicted scenes relating to the manifestations of the solar cycle, the moon, showing animistic scenes—thus bringing us closer to the spiritual life as well as man’s incredible bond with the cycles of nature.

The vases are 3D printed versions of traditional archaeological objects made out of biodegradable materials. Tell us about the choice of the technique. Did you make any changes to the original artefacts in the design?

The cornstarch-based bioplastic decomposes in 12 weeks in specially prepared compost, while the ”conventional” plastics take centuries. So the choice of this material was obvious. As for the form itself, I decided to create three-dimensional scans based on photos of each object, which are then assembled into a 3D model by a computer program. Since this technique cannot perfectly reproduce the original, a digital reinterpretation is created. Thus, the texture of objects, although appearing analog, is often the result of the program’s interpretation.

What feedback do you usually get, be it from design enthusiasts or archaeologists?

I had the opportunity to exhibit at the Christmas fair in Krakow where the pieces were very popular. Partly, because I placed a 3D printer on my exhibition stand, which was in the process of printing a vase. Most of the visitors saw the use of a 3D printer for the first time, and most of them were also new to the archaeology of Pomeranian culture. The only visitor who recognized the face urns was, of course, a trained archaeologist, with whom I had a nice chat about how little we know about our heritage, especially in today’s globalized world. As far as the design profession is concerned, Popiel has attracted the attention of popular magazines and won the ”must-have” award at the design fair in Łódź.

How do you see the future of the brand? What are your plans for the near future?

Popiel is the result of my great fascination with forgotten culture as well as a recipe for coping with these unpredictable times. Therefore, it is a project that accompanies me every day on my journey and develops at its own pace. Recently, for example, I have launched two new models. I would very much like Popiel to appear outside Poland. This might be possible at the Milan Design Fair next year. 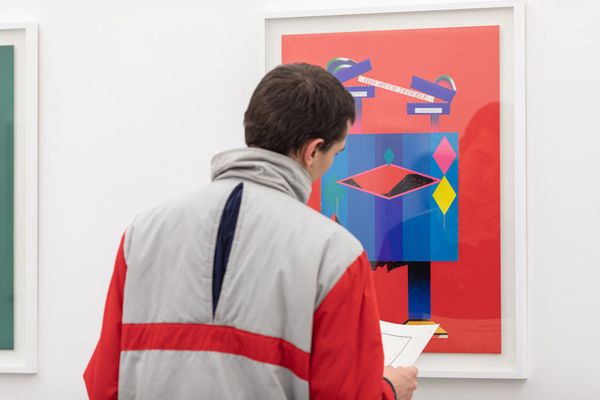 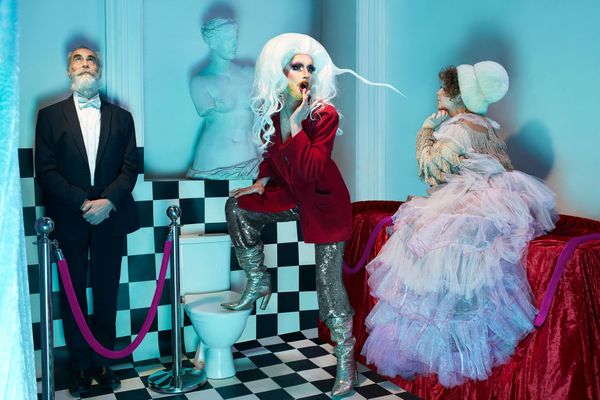 How does applied photography become a tool for artistic expression? How does the bizarre become the new normal? The creative duo of Lenka Glisníková and Karolína Matušková sometimes work as photographers, sometimes as curators, and sometimes even as creators of different worlds. Their visual language is complex and progressive, with
A weboldal sütiket (cookie-kat) használ, hogy biztonságos böngészés mellett a legjobb felhasználói élményt nyújtsa.