She is only 28 years old, but behind her frail(-looking) physique lies a huge heart, amazing stamina, and great humility. She says the wines tell the story, but when she does start to tell her stories, we realize that four lifetimes would be too short for what she has lived. Find out the story of Babette Crab, founder of BoReTT.

They say our destiny is often genetically hardwired into us. Even if we stray from the path that was meant for us, one way or another, life will bounce us back. Babette (or Antoinette) Crab was born into a true cosmopolitan family, with Portuguese, French, and German roots. Her father was a distiller and her mother was a lawyer, but she herself was actively interested in the arts, fine wines, and good food.

“I’m a real hybrid. It wasn’t unusual for us to have dinner together and some wine with it, so my upbringing in that respect started early.”

Growing up in Nagybörzsöny, life brought her to ride a horse before she could walk, and her talent soon showed. Being willful and determined, she started to compete. A horse needs to be in motion all the time and a jockey needs training, so she rode in winter and summer, in the heat or the cold. She would train on up to six different horses in a day, but she had one favorite, Onyx, with whom she could exercise in perfect harmony. Since this was a competitive sport, she spent her days as a semi-private student instead of being a child in the classical sense. After graduation, she came to a crossroads and her next destination was Belgium, partly because it’s one of the most renowned equestrian nations in the world.

At the age of 17, she was sent to Leuven. While studying finance and accountancy at university, to earn a living, she started working in a riding school where she could continue her training. Soon after, however, she had an accident, unfortunately, she tripped with the horse and it fell on her, breaking several ribs and almost paralyzing her.

“In retrospect, I am grateful for the whole thing because it opened up the world to me. I couldn’t fly because of the broken ribs, so I stayed in the dormitory where my fellow expat students kept me holding on.”

Although it was a dark time for her, when she got better, she knew it meant the end of her sporting career. However, her love of gastronomy was calling her louder and louder, so she took the job she could with a rudimentary knowledge of the language—cleaning a multi-story specialty café bar.

“My uncle, the acclaimed food photographer Jan Crab, takes the pictures for the annual Champagne book. He’s a very good cook, he taught me a lot alongside my mom. To this day, I turn to them for advice, because they can point me back in the right direction with two good words.”

Babette’s workplace used to host wine tastings for the team in the evenings, where she regularly stayed late—this is where she dates the real start of BoReTT. She was completely sucked into this world, reading, tasting, learning, and getting inspired, but at 21, she felt she needed a change again. She applied for an exchange program, which she didn’t get into at first, but one day in July she got a call that a place opened up in Argentina. She didn’t speak Spanish and had never been so far from home, but she took the adventure, which resulted in a year and a half there. Here, too, she worked in the catering industry, and although this period wasn’t really beneficial professionally, it did give her more on the human side, as she got to know the South Americans’ lively openness and friendly attitude.

“Even if there’s nothing, they are happy and share what little they have. This togetherness and equality had a great impact on me. My little individualistic self realized that there’s strength in unity.”

After a year on exchange, she backpacked around the country before returning to Belgium, but after a colorful and eventful South America, the drabness of Flanders did not sit well with her. She wondered what was the nearest place that had a bit of the same atmosphere as the previous years and chose Barcelona. She started looking for a job again, but the marketing job that sounded promising turned out to be a living shop window mannequin, so she chose a tapas bar instead while studying finance and accounting. She even worked for a short time at the iconic Gaig restaurant, but soon her sense of adventure returned: it was time to pack and go to southern Portugal. Alongside her master's degree, she enrolled in a seven-month cookery school, drawing inspiration and energy from the bustle of the fish markets, the richness of the specialty coffee scene, and, of course, the wine, deeply embedded in the culture.

In 2018, she had to come home for family reasons, but she knew she had found her calling and wanted to stay on this path. Gathering up all the courage she’d gained over the years, she walked into Costes Downtown one day with her resume to see if they were looking for an enthusiastic new employee who was passionate about gastronomy and who knew what she was doing. Turns out they were, so they hired her. Here she got a taste of Hungarian fine dining (her dream was to become a restaurant manager) and the next step was Babel, where she was under the tutelage of sommelier Péter Blazsovszky. Péter helped her not only as a supervisor, but also as a mentor, and she learned a lot from him, for which she is grateful to this day. Not only did she deepen her expertise, but she also learned to communicate more and more in the language of the guests, while observing the harmony of the wines and the food. Then, as we have written so many times before, along came Covid.

“Suddenly we had to redesign. Life had tried to put me down so many times, but I felt that, as before, this time it was no failure. I wondered what I could do. I have the energy, I have the connections, so how can I help?”

As she had been traveling the countryside in her iconic little car, Bori, she started to bring together young Hungarian winemakers. She got a boost when she received a message on Instagram from a Croatian Michelin-starred restaurant saying that she was the sommelier for the owner of Babel and they were interested in having her bring out Hungarian wines because they were impressed with the offerings. Although the laws prevented them from taking it across the border, she managed, as she always does. Her credo is that nothing happens online, you have to go there and personally represent what you believe in. Although Hungary is internationally renowned for its many grape varieties and excellent wines, small wineries are often invisible and sometimes don’t even get represented in tastings. So, like a missionary of sorts, she has taken on the mediator’s role.

“When someone else buys a backpack, they check if a laptop fits; I check how many bottles of wine I can carry. I’ve always picked a country and set off because I realized that the only way to expand was to focus on the foreign market.”

So how did you become BoRett? One morning she woke up and the name was there, and the brand identity was dreamed up by a graphic designer from Pécs, Csilla Bozsér. Her portfolio currently includes ten wineries from Hungary, who support each other almost like family: Villa Sandahl from Badacsony, 2HA and UJVARI from Szent György Hill, Wassmann Wine Estate from Villány, St Donat Estate from the Balaton Highlands, Somló Vándor Winery from Somló, Bussay Pince from Csörnyeföld, Zala, SanzonTokaj Winery from Erdőbénye and Barta Estate from Mád (both in Tokaj), and finally, János Márkvárt Jr’s Winery from Szekszárd. The business has practically boomed to the point where there is not enough wine left, but she does not want to increase her capacity indefinitely. She knows that although she is tough, there is a limit—she won’t compromise on quality, so today she only makes as much as she can, because she knows that it is more than she should take on. 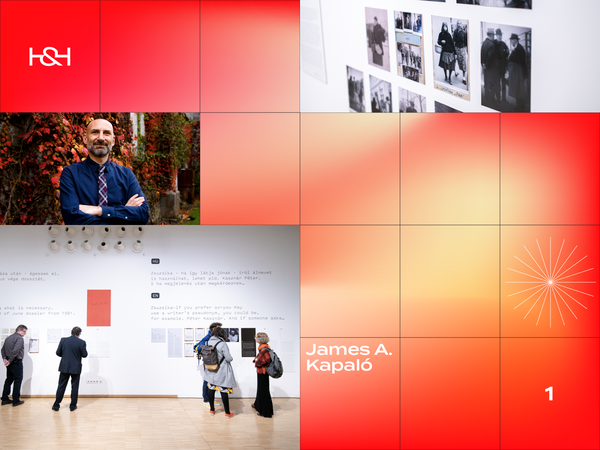