Asterisk, The live in Gallery, an art gallery, bistro, and bar, has recently opened in downtown Budapest. Visitors will definitely be charmed by the unique design, the original solutions, and, of course, the artwork. Where did the idea come from? What pieces of art is the interior based around? What objects and artworks can be found here? We interviewed founder and owner Ágnes Fazakas.

Why did you choose the name ‘Asterisk’? What’s the story behind it?

The word means ‘star’ in both Latin and Greek; the punctuation mark that introduces the footnotes. Not necessarily references in the first place, but old-fashioned footnotes, a story that doesn’t strictly fit into the main text but adds some information to enrich it. I want this space to be like that, not the main trail, it could be a path or a dead end, but a space where you can indulge in small pleasures in a nice setting, to step out of everyday life, which I think is crucial and can be life-saving.

What is your background and where did you come from to this world?

Until the age of seven, I lived in Moscow, where the craft culture was particularly prevalent at the time, and perhaps still is, much more than here. I have flashbacks of the objects my mother and I used to pick out in the big craft shop in my childhood. She used to carry me everywhere, for example, to the Tretyakov Gallery and Pushkin Museum, and she was always very careful to make sure we were surrounded by beautiful objects at home. I studied art history later (Renaissance panel painting is my specialty), but applied art is barely included in academic art education. I delved into the world of antiques while (not) writing my doctoral dissertation, from Japanese silk weaving to French glass art.

How was this place finally created?

I had the idea of creating a fusion space where objects that are part of everyday life, affordable, and, at some level, address many people, if not the mass, could be displayed in one place without the usual fear and awe that you feel in a museum. I think what’s very exciting about them is that they’re utility objects to a certain extent, but we can ask the question: where’s the border between visual and applied art, craft and art, utility and l’art pour l’art? This is something that has really intrigued me, as we don’t talk about it too much.

What objects were selected in the Asterisk collection?

From corkscrews to chandeliers, from ashtrays to small tables, the collection features objects from 1880 to 1980, a period of European artistic production of quality, in my opinion. Art Deco is the main pillar of the collection, so the 1920s and 1930s are predominant, but there are also Art Nouveau and mid-century artworks. The late 19th and the first half of the 20th century is a period when applied art production is no longer reserved for the aristocracy, but for the wealthy bourgeoisie. This means that one-off production disappears, but we still don’t talk about mass production, but rather a serial production of artworks. Each piece will be a little different because it’s handmade, but the molds are already appearing. This is the process where the artist slowly becomes a designer, where concepts such as ‘copyright’ or ‘logo’ begin to make sense.

Why Art Deco, though? What were the selection criteria?

I collected objects that I can honestly say represent a value within their own category. Art Nouveau often feels a bit too much nowadays, but the aesthetics of Art Deco are very compatible with today’s tastes. There are a lot of designs that feel very modern today until you realize they were created in the 1920s. That’s why they can be very well integrated into a modern interior: furniture or even a vase to brighten up the place.

Who designed the interior?

The design is largely based on my own concepts, so my favorite color, green, is very prominent. The interior is built around the emerald onyx stone tabletop, which is used on both the bar and the tables in the exhibition space, and the two lamps designed by Motoko Ishii in the 1980s, which really dominate the space. It was also important to leave space for the objects. Fortunately, I found people who were enthusiastic about the concept; both the graphic designer and the contractor helped a lot to create a well-designed space that is quite unique and, in many ways, could even be called artistic.

Do you have a personal collection?

Yes, I have quite a lot of furniture and other objects at home. My apartment is furnished and decorated with all kinds of objects from 1920 to 2020—I’m quite proud of that. In any case, sometimes the ‘display’ at home changes. There are objects that have traveled with me from England to Bratislava and now have a home here. Many people ask me how I can part with them. After a while, there comes a moment when I feel that I have admired and enjoyed them enough, and I think that they should make someone else happy now.

Asterisk represents three contemporary artists. Who are they?

Stefan Osnowski makes woodcuts, which are derived from photographs in an immense number of steps, and it’s very exciting how they move on the border between the abstract and the figurative. The second artist, Annemarie Petri, has some extremely stunning etchings made with incredible meticulous technique. And our third artist is István Dukai, who, incidentally, also designed the whole Asterisk identity with me, and who makes what I like to call organic opals. His works are mainly screen prints and stencils. While Stefan cuts landscapes, Annamarie etches cityscapes and Dukai creates geometric abstractions. There are also a number of prints available from my own collection of Japanese woodcuts. There are very few ukiyo-e pieces, which is what most people think of when they hear the word Japanese woodcut, but there are many prints from the classical modernist period, which you can flick through and choose what you like.

Do you have a personal favorite or a few pieces that you find special?

I’ll show you some of the Japanese artwork that I find exciting. These lacquered wooden boxes are made with the traditional maki-e technique; many layers of lacquer create this mirror-like surface with a gold-painted pattern on it, often with meticulous pearl beading. They are called Natsume, the matcha powder is kept in them. We also have a selection of old chawans (ceramic cups/bowls in which matcha is whisked with water and from which the tea is drunk), so you can take home a truly authentic piece of the ancient Japanese tea ceremony.

Jean Barol is also one of my favorites: he is someone who can be said to have made ceramics into visual art, for him it is simply a medium, like a canvas for a painter, and incidentally inspired Picasso, among others. Next to his work is the Zsolnay luster vitrine—this shows that French and Hungarian objects are very similar, but at the same time very different and not in competition, as the idea behind them is different. One is playful, the other a bit more composed. In Barol’s case, the painted enamel figures and the very free-form, modern glaze—the way the corals and seaweed appear, for example—are remarkable. Today, this type of expertise and technique has disappeared, and there are only so many objects with this quality of luster glaze. 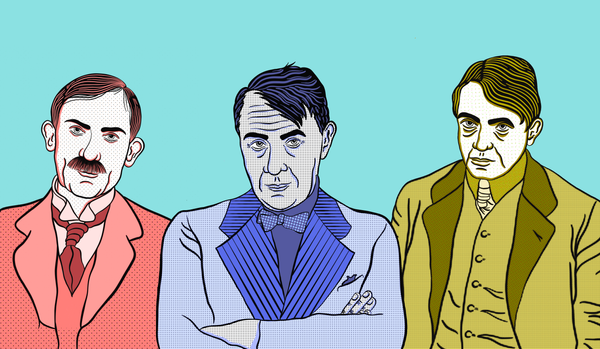 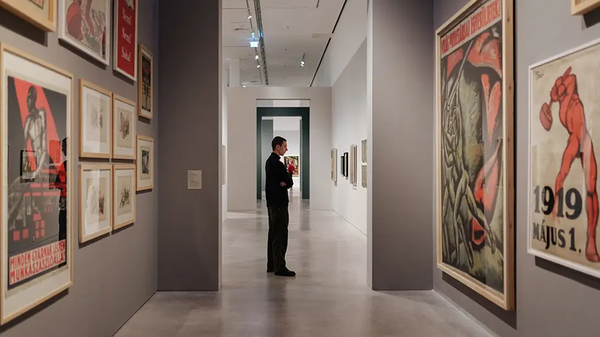 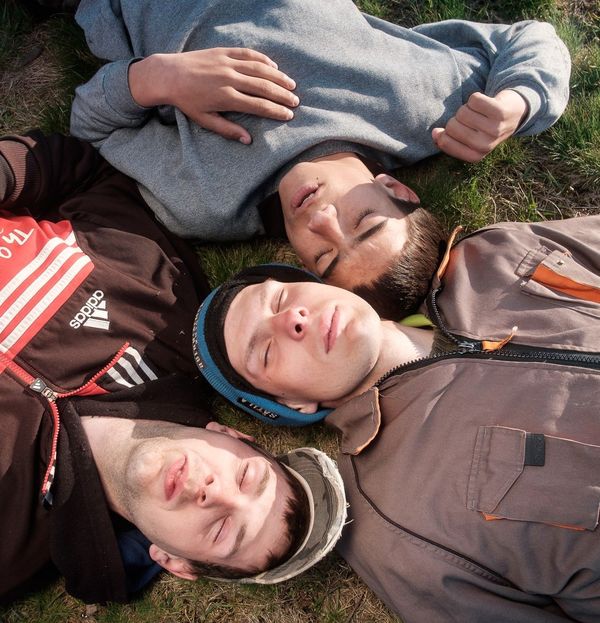