The silvery, glimmering lamps boasting simple shapes, and floating like clouds were born in the seventies, and are still considered a curiosity today. Why? We’ll tell you.

Vintage fans might have already encountered the members of the “Felhő” (meaning “cloud” in Hungarian) lamp family without ever knowing that it is, indeed, a set designed by Hungarian designers. The lamps were designed by the team of designers known as the Opteam group—consisting of industrial designers György Radnóti and Attila Bárkányi and interior designer Erika Kovács and János Bánáti—that holds a prominent place in Hungarian design history from several aspects.

In addition to the “Felhő” set completed in 1976, they designed several other lamp and furniture collections, and even designed an information system for the city of Dunaújváros, but it was undoubtedly this collection building on simple forms that brought Opteam the much deserved success and fame both within and outside of Hungary. Their activity also caught the attention of the German press of the time: the German design magazine „Form und Zweck” even published an interview with them.

The “Felhő” lamp family (consisting of a pendant lamp, a floor lamp and a table lamp) does not only deserve attention from the perspective of design and product development: if we look beyond form and start to explore the origin story of the objects, we can find plenty of details that can paint a vivid picture of the perception of Socialist Hungary about industrial art and design at the time as well as its often contradictory and far from optimist character. But let’s not get ahead of ourselves. First, let us take a look at where and in what form we can meet the “Felhő” lamps today and on what we should focus on them.

The last time, we headed straight to Möbelkunst selling vintage design classics in search of the lamp family. Here we could find various types of pendants and table lamps at the „space age” (!) section, right next to Péter Ghyczy‘s world-famous “Egg Chair”.  Unfortunately, the floor lamp was missing from the assortment, and we couldn’t find the indispensable ingredient of the object set, the product’s box, either (more on why the latter is important later).

We took a closer look at the table lamp: just like in the case of every “Felhő” lamp shade, this one also displayed the „OPTEAM design” sign written in a characteristic font, on a sticker, which could also be perceived as a trademark of some sort. We took the metal object in our hands and lifted it, and it—proving our guesses wrong—was not heavy at all, on the contrary: it’s more of a lightweight piece. The product’s label reads as follows: “Hungarian designed table lamp / Designer: OPTEAM / Year of making: 1976 / price HUF 65,000 exclusive of taxes.”

The lamps also happen to have another hidden feature, which shows best in the case of the pendant lamp. Opteam designed the lampshades in a manner dividing them into several, interconnecting elements: these “flat hemispheres” that can be combined with and slid into each other don’t need extra assembly and essentially result in the desired shade form by holding onto each other. Here, uniform design does not only apply to the body of the lamps, but to the entire product family—even though the certain lamps have been developed to fulfill various functions, they form a harmonious collection in terms of shape.

“The goal: to design a lamp family meeting the requirements of direct lighting that allows cost-effective mass production with its simple technology (even in a small quantity) and can ensure the application of various lamps in an identical form character within a single apartment” reads the description of the “Felhő” product family written by the designers in Opteam’s catalog (Opteam design, catalog, 1981). The shape of the lamp family, however, was not only brought into existence to comply with aesthetic criteria. The requirement of being able to manufacture the entirety of the collection in the most cost-effective manner possible also influenced the form, and, thus, also set out the technological methods the designers had to use. As the designers themselves put it in the mentioned catalog:

“The solution: the design of the lamp family was determined by metal stamped technology (…) and utilization of light (…) from a functional aspect, the application of a limited number of metal stamping tools and parts from a manufacturing point of view, and variability in form as well as economic warehousing and delivery from a commercial perspective.

For manufacturing the three lampshades of various sizes, they only needed three pieces of metal stamping tools: two versions were made of each lamp size—aluminum (these were the painted and enameled versions, available in four colors initially, red, white, yellow and green) and steel sheets (this was the silvery, glimmering version, with a chrome finish). The lampshades could be combined freely with each other, thus, by varying the four colors, a total of 73 compositions were available. According to Attila Bárkányi, the idea of the lampshade’s form was conceived by György Radnóti, but turning the “Felhő” into a product, and, owing to systematic design, producing an object family that is well-considered in every tiny detail took an entire team.

The packaging formed an integral part of this, with János Bánáti in charge: the interlocking elements easily fitted perfectly into the box with handles, designed to facilitate space-saving and comfortable delivery. To us, it is natural that a product is delivered to us in a compact form, but in the seventies, the majority of lighting objects were wrapped into kraft paper.

We have every reason to assume that hundreds of thousands of pieces were manufactured and delivered to Hungarian households of such a well-thought-out object set. However, in reality, even though the “Felhő” collection designed for the call announced by the Hungarian Applied Arts Corporation made it into the corporation’s chain of stores, Opteam kept the manufacturing of the lamps “in-house,” or, to be more accurate: they sought out the most competent craftsmen and commissioned them to manufacture the lamps. The large industry did not see any potential in the product family, and the craftsmen only had a limited capacity, not to mention the fact that the Art Fund (the parent company of Applied Arts Corporation) placed a limit on the number of home decoration objects, furniture and other accessories that could be placed on the market at the time. According to Bárkányi, even though they did not keep an accurate log of sales, approximately a thousand “Felhő” lamps were sold in twelve years.

Opteam’s merits are indisputable from the perspective of a designer’s attitude, but is the “Felhő” collection also successful from a business point of view? It would have been the most successful if it entered mass production (for which the product family was suitable from all aspects), if, owing to the large item number, customers would have been able to access them at a more affordable price, and not only in the stores of the Applied Arts Corporation. By entering the company’s stores, the fate of collection, if we may say so, had been sealed from the very beginning: “all kinds of creations within the category of applied arts (…) could be found here”. In his article, József Vadas mentions dozens of objects with the most diverse form, style and quality (yellow plastic armchairs, ceramic wall images, hammered red copper goblets, bronze framed wall mirrors and many others): the Opteam lamp (and the products of a few other designers with an innovative attitude, but more on them in a next episode) tried to hold its ground in this “Babylonian chaos”, in the odd combination of bazaar goods and designer products, with more or less success. Well, who lies down with the dogs…

In addition to “Felhő”, we must also mention the “Vario” and “Junior” lamp families commissioned once again by the Applied Arts Corporation, distributed in a small quantity by ELCO (Factory of Electric Devices and Assembly Materials), but they still couldn’t compete with the lamps of Szarvas Iron and Metal Industrial Association, the leader of the market at the time, sold at a more affordable price (and manufactured based on a Yugoslavian license most of the time).

With its work, Opteam has written its name into the big book of Hungarian design in spite of all the hardships: the “Felhő” presented at several Hungarian exhibitions and fairs received a positive welcome by the audience, but this manifested less in sales figures. The object set was selected into the Museum of Applied Arts’ Modern Collection already back in 1983, (and subsequently with its termination, to the museum’s Goldsmith’s Collection), and recently another collection of the designer team, the Para-Set made for a 1978 VIT call (containers made of corkboard) also earned a spot in the museum’s contemporary design collection.

Another important moment of the studio’s history is that even though we keep referring to them as a team to this day, the designer team has never been recognized as an independent legal person: they could only become an official company after the regime change, under the name Opteam Design Kft., but at the time, in light of the changed circumstances—with the introduction of the Act on VAT in 1988, and in the absence of developments in the field of industrial design—they operated for a few more years.

However, Attila Bárkányi thinks back to their work together, which first started in Bárkányi’s studio apartment and later on continued in a workshop in Szív Street, Budapest, with a good heart and with joy. With their unbroken faith in group work they persisted till the end, and thus introduced a new format among Hungarian designers, for which we owe them a debt of gratitude.

I am beyond thankful to Attila Bárkányi for dedicating the time and for recalling the circumstances of the lamp family’s birth. Special thanks to Dorottya Urai for making accessible her research material.

In our Object Fetish article series, we introduce the emblematic pieces of Hungarian object culture. We go after objects and their designers: we ask questions, we investigate and we learn. A four-hand piece by design theorists Kitti Mayer and Piroska Novák, published every two months. 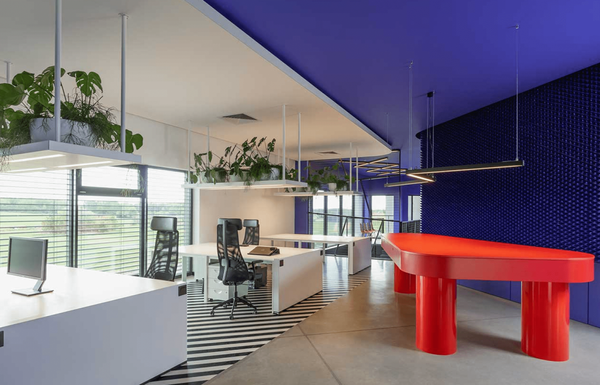 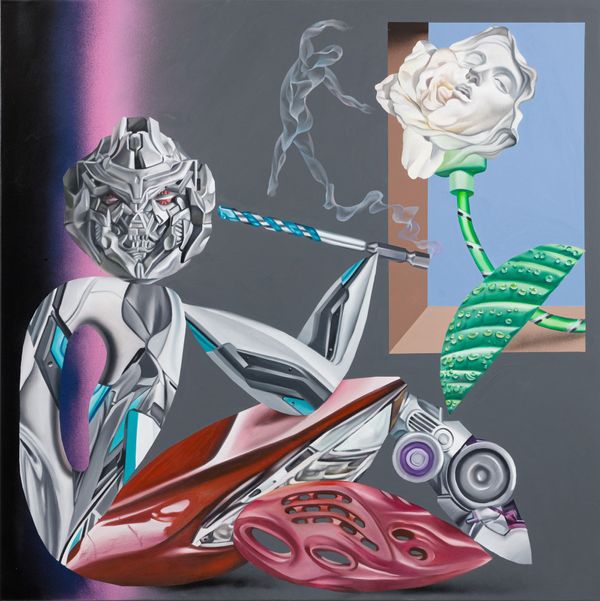