The oligarch issue is important. Ukraine is notorious for its corruption and lack of transparency in the judicial system – says Olga Pindyuk, Ukrainian economist at Vienna Institute for International Economic Studies. Interview.

In Hungary, public opinion now revolves around the EU sanctions regarding their failure to work against Russia. What do you think of Hungary’s position?

Defining what we mean by saying that the sanctions are working is important. If we expect them to immediately stop the war, retreat the Russian army, and cause an economic drop of 50% in Russia, of course, they are not working. But I do not think that was ever possible or that it was intended. Sanctions are usually used incrementally, hoping that the country which has been sanctioned will turn its course at some stage. I think this time, sanctions are causing a lot of harm to the Russian economy. Their economy is down by 5%, and their inflation is still rampant, deep in the double digits. Furthermore, Russia benefits from high oil and gas prices, but these were already down in July and August; thus, the Russian budget went into a huge deficit, unprecedented in the past decades. Another thing that is already observable on a micro level is that certain industries came to a halt. If you look at car manufacturing, it has a 90% decline in output because the Russian economy is highly dependent on imported parts and components. They will not be able to manufacture high-tech goods or military equipment in the future because of the computer chips they cannot get.

Putin announced the annexation of four oblasts. They not only hold precious agricultural land, but they also had a massive industrial life. If nothing happens in the future and these regions remain Russian, what can we expect from the Ukrainian economy?

To some extent, we already had a preview of the situation with the Donbas when a significant chunk of Ukrainian heavy industry disappeared very swiftly. Now actually, not much is left because the Russian army could only capture territory using massive shellings. Basically, most of the enterprises are destroyed, even without formal annexation, which really harms the Ukrainian industry. I do not think the annexation will ever be recognized by the majority of countries in the world, given the recent successes of the Ukrainian counter-offensive. I do not believe that the probability of the Ukrainian army recapturing these lands is zero, but they are still burned to the ground. The economy will adjust. It already adjusted in 2014-15; after a major recession, the people restructured it. Other sectors became more prominent. Ukraine is a massive agricultural exporter, as everyone realized this year. This will continue. The IT sector developed very strongly post-2014. Ukraine has skilled labor. It provided an inflow of capital and external financing. The economy will persevere and grow; it is just a matter of time.

Our IT sector has already been successful; only the services sector increased its exports in wartime. It accounts for quite a big share of GDP. More importantly, it is not linked to any oligarch. There are plenty of successful companies, including startups. The oligarch issue is important; Ukraine is notorious for its corruption and lack of transparency in the judicial system. The fight against them started with the war, and they must continue; otherwise, the post-war recovery would neither be fast nor successful.

A friend of mine said that the biggest business of the century would be rebuilding Ukraine. For Poland and also for the EU. After the 2004 enlargement, Hungarians felt that being part of the Union would bring big changes and huge developments. But some feel it did not turn out to be as good as we expected. Do you think the rebuilding of Ukraine will also rob the Ukrainian economy?

There are no counterfactuals, but what would have happened to the Hungarian economy if Hungary had not joined the EU? Look at the Western Balkans. They did not become EU members, and their economic trajectory was not at all as successful as in Hungary. So, everything is relative. You could have done better, but I believe Hungary, Poland, and other Central European countries would have been doing much worse without the EU. In terms of robbery, I do not think we live in this colonial world anymore. Usually, foreign capital which comes to the country brings a win-win situation. Foreign investments have to be thought through. Ukraine should not just give all sorts of privileges and allow foreign investors not to pay taxes and so on. There should be a reasonably balanced approach. But countries currently can only become successful by being integrated into global production chains. Globalization in the last 20 years led to a dramatic decrease in income inequality across the globe. Of course, there are always opposing sides to every phenomenon, and Ukraine has to be careful.

Since the 24th of February, most post-Soviet states, especially in Central Asia, have moved away from Russia politically. How strong are the economic ties of these countries with Russia?

I think the political ties were stronger than the economic ties. For example, in Kazakhstan’s case, their trade structure is very similar to Russia’s. They are also major oil exporters who want to import equipment Russia cannot offer. Since February, more and more countries have started perceiving Russia as a risk to their political future. Even China and India are distancing themselves from the Kremlin. This move pushes the former Soviet republics even further away from Moscow. The costs of connecting with the Kremlin are becoming higher and higher. Even the Chinese think that they cannot risk Western sanctions as the Western market is much bigger than the Russian one. Today, Russia cannot really compete with China anymore. It is turning into a junior ally of China. Moscow is becoming more and more dependent on Beijing. I do not think they have much capacity left for international politics in other parts of the world now.

Olga Pindyuk is an economist at the Vienna Institute for International Economic Studies. She is a country expert for Ukraine and the Commonwealth of Independent States (CIS). Her research focuses on foreign trade, particularly regarding services and financial markets. Previously, she worked as a consultant with the World Bank (Ukraine office) and the DFID Ukraine Trade Policy Project. She was invited to Budapest by the Mathias Corvinus Collegium. 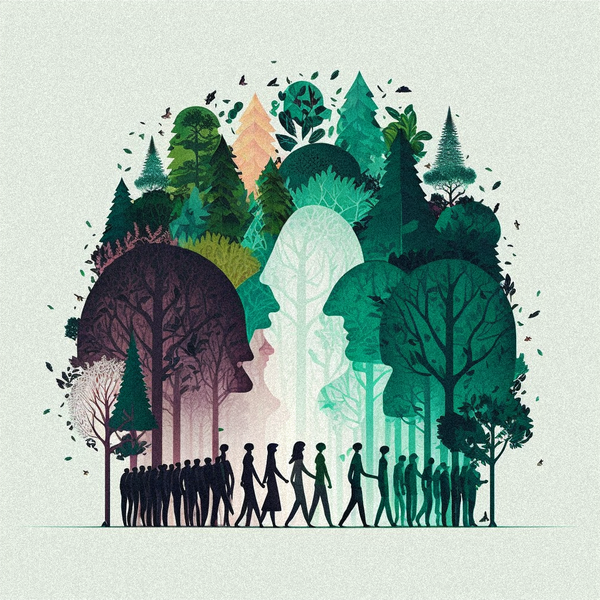