When expanding global hotel chains, there are several major questions to consider: to what degree should the building reflect the specific qualities of the location? How consistent should the style be with the brand essence? Is there a way to show the guests the true character of the place without resorting to meaningless tourist clichés or tacky revivals of local traditions? The Nobu Hotel Warsaw, the group’s first establishment in Eastern Europe, is an extraordinary blend of the characteristics of Japan and New York while tastefully representing Warsaw’s past and present.

This article was published in print in Hype&Hyper 2022/2.

Non-places is a term coined by French anthropologist Marc Augé in Non-places: an introduction to the anthropology of supermodernity, for places that communicate neither identity nor historicity. The peculiarity of these so-called non-places lies in the fact that they are unidentifiable—based on their interior, without unique, place-specific characteristics, it’s difficult to identify where the given building is—it could be anywhere in the world. Non-places, according to Augé, cannot be deemed as places in an anthropological sense, which makes them appear familiar and foreign at the same time. These unusual places commonly appear in airports, train stations, shopping malls, and huge hotel chains where people are passing by and not staying, however, in today’s society, places and non-places frequently collide, and as a result, any location has the potential to become a non-place. Non-places, on the other hand, also have the capability to become meaningful, genuine places.

With globalization and international branding on the rise, the trend of building hotels with the same aesthetics regardless of location took off in the 1980s and 1990s—for example, at that time, all Ritz-Carlton hotels looked exactly the same. A hotel building that refuses to be immersed and organically embedded in its surroundings, feels like a separate cell in the urban fabric. The common practice of displaying a city’s landmarks with clichéd posters, wallpapers, and trite symbols serves only as a mere indicator signalling whether you are in London, Paris, or Budapest, without providing the true sense of the city. No wonder with the emergence of boutique hotels and Airbnbs, people tend to gravitate more towards local accommodation providers in search of a more authentic experience. On the other hand, travelers picking international hotel chains seek an experience that meets the brand’s level of quality and comfort without the possibility of uncomfortable surprises. A hotel affiliated with a global brand is suited to serve multiple purposes: to act as a mediator between visitors and the local culture, while redefining the brand’s connection to the area and upholding the standards that guests expect of them. As a result, when creating a hotel that seamlessly blends a place and a non-place, branding and vernacularism poses a significant design challenge.

The story of the Nobu brand began in 1988 in Los Angeles, with Robert De Niro’s first visit to Japanese chef Nobu Matsuhisa’s restaurant. He instantly became the restaurant’s most devoted regular and soon after he offered Nobu his help to develop a restaurant in New York. The deal was only closed years later when they launched their first restaurant together in Manhattan in 1994. In 2013, the first Nobu hotel debuted in Las Vegas. From the beginning, the aim of the Nobu brand has been to offer a customized experience combining Japanese traditions with the New York lifestyle, and the uniqueness of the location. That’s why, you can always get a feel of being in Las Vegas, New York, Barcelona, or Warsaw when in one of Nobu’s hotels.

The five-star Hotel Nobu Warsaw that opened to the public in August 2020, is the Group’s 12th hotel and 43rd restaurant, and the first and so far only Nobu hotel in Eastern Europe. The building boasts 117 elegant and spacious rooms, smartly planned conference and event facilities, a fitness center, a Nobu Café, and one of the iconic Nobu Restaurants. Chef Yannick Lohou, who is in charge of the restaurant and café, joined the team from Nobu Hotel Barcelona. The menu is filled with signature dishes inspired by traditional Japanese cuisine with South American influences, as well as Polish-inspired ones made particularly for Nobu Warsaw with local ingredients. Beyond the fusion culinary experience, the hotel’s essence highlights the brand’s Japanese and New York aspects, while also reflecting on Warsaw’s past and present.

After the devastation of World War II, the city’s reconstruction has given birth to a range of new buildings and skyscrapers that altered Warsaw’s skyline and culture. The hotel is situated in the city’s creative hub, on Wilcza Street, just around the corner from the carefully renovated Old Town. With pulsing cosmopolitanism and a sense of the past, the neighborhood is a mix of historic buildings rebuilt, and contemporary architecture. The hotel consists of two buildings: the ‘classic’ wing is housed in the iconic art deco building of the former Hotel Rialto dating back to the 1920s. The Polish architecture design firm De Novo purposefully kept the Rialto’s key elements while adding the Zen simplicity of the Nobu brand. The most recent addition to the hotel is the ‘modern’ wing, the result of a cross-continental collaboration between the Medusa Group of Poland and Studio PCH of California to expand the already existing building with a modern, reflective structure. It’s a return to Rialto’s richly articulated façade with a contemporary feel. The offset floors gives the structure an aesthetically and functionally unique twist. The building also includes balconies filled with lush greenery, creating a vertical garden in the heart of the metropolis. The fundamental aim of the building is to restore the grandeur of an existing structure that fits into the local cultural environment. All of this was done with the involvement of local architects and designers, who deeply understand Warsaw’s urban heritage and current dynamics.

The interior design was influenced by Japanese traditions and purposefully drawing from Polish architectural traditions and local materials. The contrast between the roughness of  concrete and the warmth of wood is one of the distinctive characteristics of the building’s modest yet elegant approach. The wood paneling in the rooms is reminiscent of vintage Eastern European sports halls and the minimalist design elevates the nostalgic feel to Nobu’s sense of life. Prints by Anna Bimer, a Warsaw Academy of Fine Arts graduate, can also be found in the rooms. The organic forms of the artwork warm the raw interiors, bringing the beauty of nature into the urban setting while recalling Japanese engravings. Each room’s prints were chosen to match the color of the furniture, the outdoor lights, and the scenery in unique charred wood frames inspired by a traditional Japanese woodcarving technique. In the hotel’s common areas, the works of great Polish artists from the Jankilevitsch collection are on display featuring the works of Piotr Uklanski, one of the most renowned Polish artists, whose work focuses on social and political issues and cultural clichés.

The Nobu Hotel Warsaw is a true example of personalized luxury, which, while precisely embodying the Nobu quality standards, is also delicately tailored to the Eastern European context. The result tells the story of today’s Warsaw: open, modern, and multifaceted.

Prefer to read it in print? Order the fourth issue of Hype&Hyper magazine from our online Store! 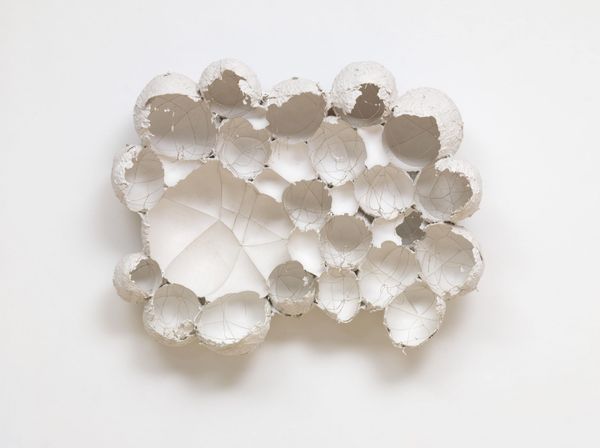 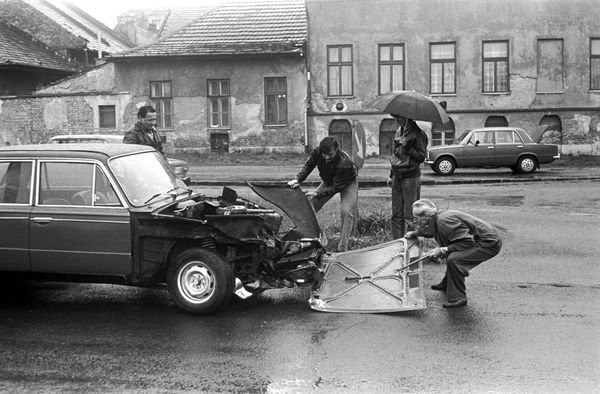 Men clinging to window grates and crawling on sidewalks, broken cars and bent lampposts, twisted postures, and surreal situations. Photographs of the Dutch Hans van der Meer of Budapest in the 1980s, some of which have never been seen before, have now returned to the Hungarian capital. Hans van der 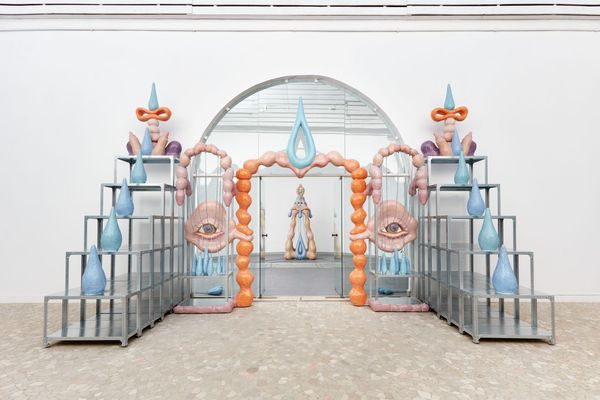 The professional duo of artist Zsófia Keresztes and curator Mónika Zsikla is energetic, friendly and very competent. With their exhibition titled “After Dreams: I Dare to Defy the Damage”, they became the first female artist-curator duo to attend and show in the Hungarian pavilion of Venice Biennale*. The statues covered
A weboldal sütiket (cookie-kat) használ, hogy biztonságos böngészés mellett a legjobb felhasználói élményt nyújtsa.