In Róbert Farkas’s new book, eleven-year-old Tomi receives a coded signal from space and then embarks on cosmic adventures in the company of a stowaway. While the parts of the Fox Tales trilogy were both written and illustrated by him, with the new book he has done his share “only” as a writer, with illustrations made by Barbara Bernát. Let us show you!

Róbert Farkas, a graphic designer by profession, has always shown interest in stories about natural sciences. His previous books also published by Kolibri Publishing like “My First Book About The Universe”, followed by “My first book about lightspeed” and the final “My first book about space-time” were all meant for the youngest children, while the new book “I jumped to Pluto, I’ll be back tomorrow” is recommended even for school-age kids. The protagonist of the story is Tomi, who is in a bad spot. Things are not going well in his environmental science class and he is being teased by his schoolmates. What’s next? A fantastic space adventure sparked by a mysterious message.

As Robi explained in the introductory video, the core of the story was provided by a poem of sixteen verses, and then, while washing the dishes, another thought appeared: what if there was a planet-sized monster eating the Earth? The plot was formed by the combination of these two. The book is recommended for children over the age of eight, but adults will enjoy it too. Especially those who, like Robi, are big fans of “Back To The Future” and other, similar movies.

Compared to the “fox” storybooks, the emphasis here is clearly on the written text, but fortunately, we don’t have to do without the pictures illustrating the plot. But why did Robi not undertake the task of illustrating the book? When he was thinking up the story, he says, he had the basic pictures in his mind and the plot was put together in a kind of storyboard, but he would not have dared to do the final illustrations. As Robi puts it, that task required a professional. The publisher recommended Barbara Bernát, an illustrator from Halisten Studió, and Robi was very happy with the recommendation. Apart from a few instructions, she was basically given a free hand in the design.

Barbi Bernát has illustrated several youth books lately, and this is the fifteenth children’s book to feature her drawings. When we were picking up the book “I jumped to…” in the shop, we came across a reimagined Shakespeare book, which also has a cover designed by her. Barbi’s drawings are usually cartoon-like and cool, at the same time charming, but not the kind of Disneyesque, demure drawings. Illustrations in the current book are no different.

Barbi, what was your reaction when Robi or the publisher approached you with the job? How did you get started with the design?

I was very happy with the task, the subject has always been close to my heart and I’ve never had the opportunity to illustrate a children’s book about space before. It made me even more excited, that Robi and the publisher specifically asked for a comic book style. That has always been one of my fields of expertise, so it wasn’t hard to get into the swing of things. Plus, I got to work in two direct colors, which I think is every illustrator’s dream! It’s always exciting to see what a whole new world will look like.

I started with the character sketches. In parallel, I drew a whole sheet of sketches of the characters with different digital brushes until I found the perfect one for the purpose. I like to draw each book with slightly different tools and styles from the previous ones, so for me finding that style makes up a huge part of the design process. The scenes that require illustration almost always showed themselves on the first try, and from there I was able to progress with relative ease.

Barbi, what is your relation to these kinds of space stories? Where did you draw inspiration from?

I have been interested in the subject since I was very young. I grew up on the original “Star Wars” movies, and an even earlier work that had a big influence on me was the French animated series “Spartakus and the Sun Beneath the Sea”, which was on screen in Hungary too. I think it was quite outstanding at the time for its weirdness and grotesque world. Robi’s book, on the other hand, is more like a realistic science fiction. My all-time favorites are Stanisław Lem’s works, “2001: A Space Odyssey”, the Foundation series by Isaac Asimov, and similar classics of which I have read many. With regards to visualization, as a child I was most influenced by the sci-fi manga “Blame”, the dramatic lighting, perspectives, and slightly cinematic settings certainly come from there.

We would like to ask you about something not only we, but Robi himself would like to know: was there a favorite part of the book that you really liked illustrating?

I have several favorite parts, one of which is when Kriszta and Tomi first meet. As I was reading, I had Kriszta’s contemptuous expression in front of me the whole time, and I definitely wanted to capture that. The second is when they are running away from the dogs on their bikes. I quite like to draw dynamic scenes. Also, in general, it was a very good and new experience to illustrate scenes set in space where big characters are small or not included at all; here I could focus completely on the backgrounds and the big contrasts that are typical of space.

In the story, I can sense the very strong impact of the cartoon series like the “Fantastic Adventures of Mézga Aladár” or “Mikrobi”. Robi, what are some of your defining childhood reading or movie experiences that you have evoked now while writing the book? As you put it at the beginning of the book, together with your brother, you watched a lot of movies and you mention games that you still play today. What are they?

For about fifteen to twenty years, my brother Gabor and I have been playing computer games almost daily, mostly in the evenings. Right now, we’re playing “Call of Duty: Modern Warfare”, defending each other’s backs with virtual weapons. When I was little, my grandfather used to let my brother and I watch movies that I wouldn’t really recommend for children: “Terminator 1”, “Back to the Future”, “American Ninja”, “E.T. the Extra-Terrestrial” and other classics that for us were all forbidden fruit. Speaking of cartoons, my childhood favorite was the French series “Once Upon a Time… Life”, which I loved and still remember scenes from to this day.

The language of the book strongly suggests that I grew up in Hungary in the eighties-nineties, in the VHS era. At that time, every movie rented in a videotheque had at least one monster threatening the Earth, a bunch of kids on bicycles, and, of course, time travel. What I think made the book much more than a clichéd story is that the characters were born out of personal experiences: childhood stories and pranks of my friends and acquaintances. Meanwhile, the idea of the “Clever Fox” series – to educate – is subtly intertwined between the lines. In the first part, as Tomi travels around the solar system, we get an inside look at each planet and some interesting facts that bring us closer to our neighbors orbiting quite far away.

Robi, you are already working on the second part. Can you tell us some details about the new book? As far as we know that the story will actually take place in America, is that correct?

Yes, already from when I wrote the first part I wanted this story to feel like the basis of a Hollywood Z movie script. I operate mostly with dialogue, and most of the time we get to know the setting through character interactions in the chapter. In the second part, I have let go of my mission to educate the reader a little bit with the book, and I mainly focus on making sure that whoever reads it will be entertained and carried away by the story. As for the actual story, it takes place a year after our protagonists have returned from their trip to the Solar System and are now in even more trouble. Readers are introduced to a new character, Csepi, a young hacker who is basically a composite of four of my best friends. The new team of three kids (Tomi, Kriszta, and Csepi) are of course on a mission to save the Earth, and also Doki’s character appears at the end.

The European gaming market has long been the bastion of game development, with the continent’s countries hitting over $20 billion in total revenue this year, according to a 2022 figure. Today’s selection showcases the most spectacular indie video games, from the unsettling world of the post-Soviet era to Debuting at the Czech Designblok, Egoé’s latest design skis take us all the way back to the 1988 Winter Olympics, complete with Eddie the eagle. The team, which primarily designs high-quality indoor furniture, inspired by their passion for skiing, decided to take up the rather specialized trade of ski 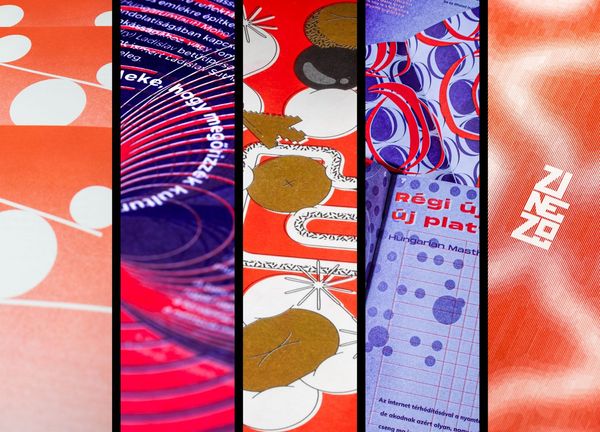 Selected articles of Hype&Hyper were given five different character designs by second-year master’s students of 2022 at Eszterházy Károly Catholic University in Eger, Hungary, and then turned into riso-printed publications. We would like to express our admiration in the form of this article. “Zinező is a biannual design
A weboldal sütiket (cookie-kat) használ, hogy biztonságos böngészés mellett a legjobb felhasználói élményt nyújtsa.