Although the characteristic wool blankets are still popular today, the number of artisans knowing the craft is rapidly declining—a phenomenon the founders of Gushka Wool in Ukraine have set out to put an end to as well as to preserve local traditions. But how does a 100-year-old craft become contemporary? The Gushka Wool team told us about the story of this Ukrainian brand.

The town of Yavoriv, in the Hutsulshchyna territory, nestled in the Carpathian mountains, has always been famous for its handicrafts, like the colorful, painted Easter eggs (pysanka), or the various embroideries and woodwork. But there is something else that makes Yavoriv a special place, and that is the so-called lizhnyk, also known as a Hutsul blanket. This Ukrainian handicraft product is made of wool, usually decorated with a pattern, has a fluffy texture, and is used to soften beds or benches, and in winter as an extra layer of warmth.

The story of the Gushka Wool brand is also linked to the small Ukrainian town of Yavoriv. Eight years ago, founder Oleh Lukanyuk and his wife Daryna Furmaniuk inherited a plot of land here, where they wanted to set up an alternative community space. The place was named Didova Hatchyna (Grandfather’s Hut), and over the years it has started to outgrow itself, with the addition of lodgings, stables, a workshop, a cinema, and a farm—the latter being home to over 200 sheep. Since then, a variety of music festivals, pottery weeks, and woodcarving programs, as well as other events related to traditional crafts, have been held here. In addition, visitors can taste local dishes and relax in one of the cozy rooms of Didova Hatchyna.

This creative and cultural space has also given life to two other projects closely linked to Hutsul crafts, as Oleh and Daryna decided to present and make available local values in the form of products. One of their initiatives is to produce artisanal curd cheese made from sheep and cow’s milk, known as brynza, while the other project offers home textiles made from sheep’s wool. As they put it, they make “everything that keeps you warm and reminds you of ancient traditions”. And thus Gushka Wool was born in 2017, with its main base set in the nearby village of Kosiv.

As the team pointed out, in the mountains, the closest people you can rely on are your neighbors. “Because of the geography and the changeable weather conditions, you have to work hard here, help each other, and build community. The need for a close relationship with our neighbors is what sets Yavoriv apart from the city,” say the founders. And so it happened that their neighbor Liubov Rybenchuk, a third-generation weaver joined Oleh and Daryna as their co-founder.

Liubov was then followed by other local master weavers. “We started looking for housewives and craftswomen in the village who would weave for us. Alongside them, we also recruited students who were taught the craft from scratch. One of the goals of Gushka Wool is to raise the profile of this craft, as previously the locals thought weaving had no prestige. As housewives, women were ashamed of their craft and reluctant to talk about it. We would like to change this mentality so that people can be proud of having practiced this craft for years. We also want to keep our traditions alive beyond the borders of Yavoriv. That’s why we hire young people to help them learn this trade. Today we have a team of nearly forty people, thirty of whom are weavers,” they explained. The name of the brand also refers to the craft of weaving, as gushka means yarn used for hand weaving.

However, the brand’s philosophy is not solely based on the preservation of their cultural heritage, but also on a contemporary reinterpretation of it, bringing local traditions closer to their customers. “Each design product, in addition to being a decoration and a highlight of the interior, reflects the personality and soul of its owner, combining modernity and practicality with tradition and natural materials,” they emphasize.

Moreover, Gushka’s products are influenced not only by local, authentic production processes but by the characteristics of the Yavorivan landscape. Their Forest collection, for example, draws inspiration from the woodland textures and hues of the Carpathian Mountains, while their Guk rugs pay homage to water, an important element in the art of weaving. Water from Yavoriv washes the wool before weaving, and water is used to felt the carpets after production. “Water infuses our carpets with strength and will, giving them a mountain spirit,” they point out.

Their staple piece is, of course, the aforementioned lizhnyk. “It all started with this. Carpathian blankets have always had great importance in the life of a Hutsul house, as the couple slept on them, they made part of a daughter’s dowry, but they were also given as gifts for christenings and even accompanied people on their final journey. In modern homes, the linen is used as bedspreads, rugs, and as an accentuating detail in the interior,” they note. In addition to wool home textiles, Gushka’s product range also includes a variety of wool garments. These are all unique pieces due to the individual style of weaving and the distinct shades of natural wool.

Gushka wool’s authentic products have been presented at several design events, such as Maison&Objet in Paris and Designblok in Prague. In the near future, the brand also plans to exhibit at Artigiano in Fiera in Milan and at I AM U ARE in Los Angeles. 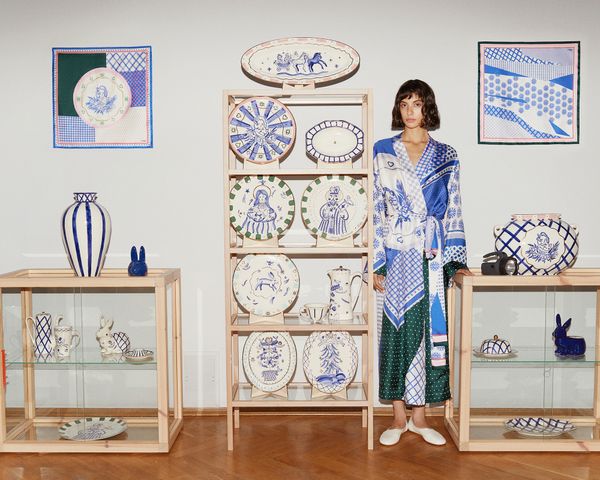 The main theme of GUNIA Project’s 2023 New Year’s collection is the rabbit. The Ukrainian brand once again revives Ukrainian craft traditions in the form of fresh and fashionable objects. We asked the founders about the new collection, the symbol of the rabbit, and their favorite object. The 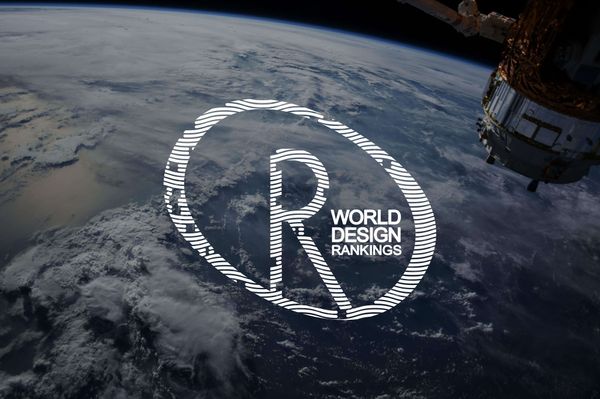 The list of World Design Rankings is published each year based on the number of international design awards won by a country. Choosing the most creative country would be impossible as there is no general rule to determine it. So, the actual aim of the organization is not to decide 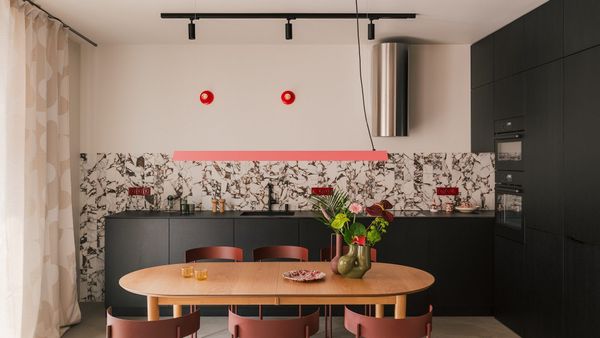 This apartment building in Krakow’s Podgórze district can be spotted from miles with its bright pink façade and dark red windows and balconies. The Polish studio Mistovia has designed a new apartment interior in this particular building. The character of the 57-square-meter apartment layout is created by a comfortable
A weboldal sütiket (cookie-kat) használ, hogy biztonságos böngészés mellett a legjobb felhasználói élményt nyújtsa.